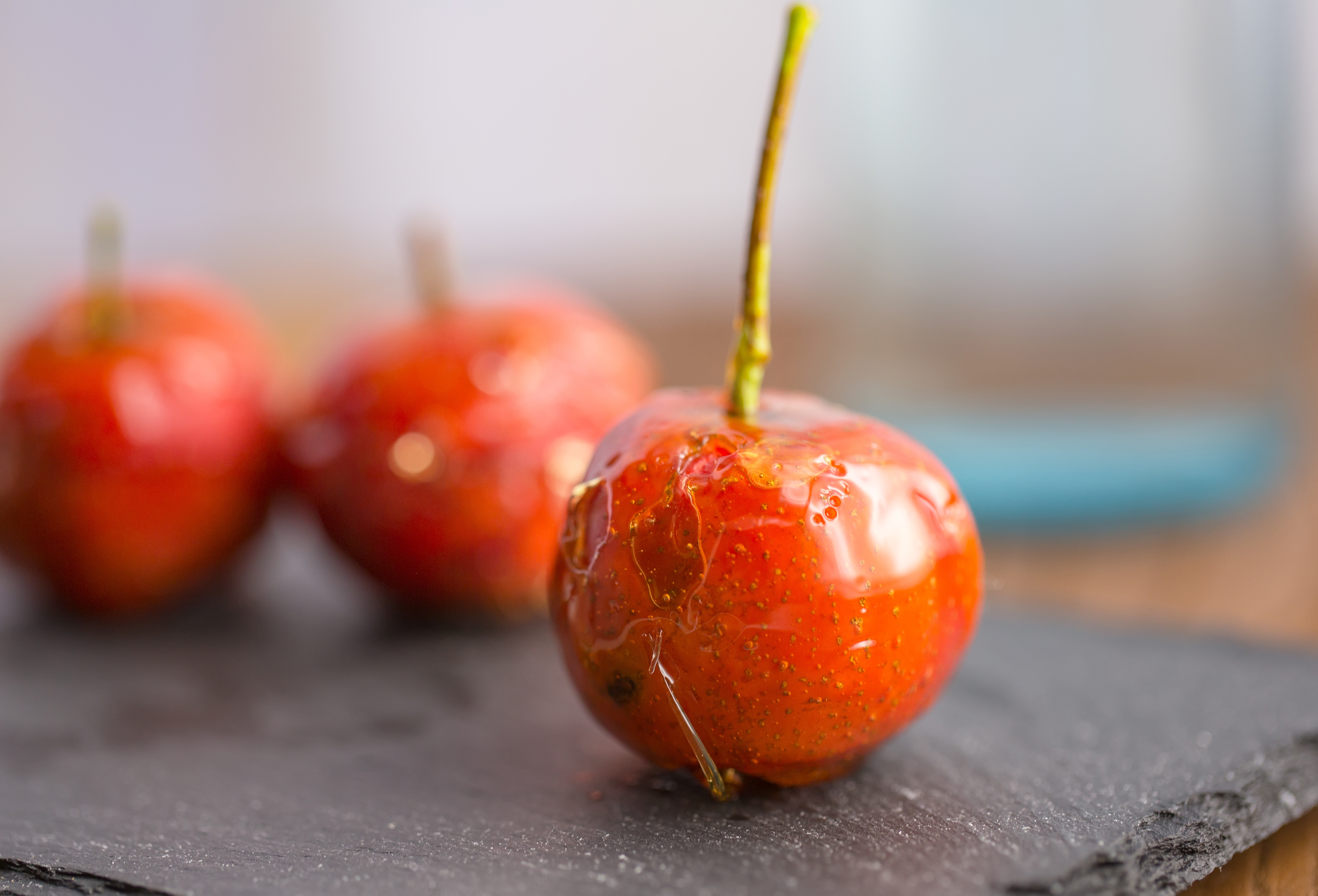 Today’s light snow. It seems to be the season of auspicious snow. Recently, all parts of our country have cooled down one after another, and many places have also welcomed the first snow.

In the snowy days, One of the most unforgettable friends is probably the mellow, sweet and sour Sugar-Coated Berry. Red, round hawthorn, dressed in a string of bamboo sticks, wrapped in sweet crystal sugar, bite, mouth sugar fragments rustling off, mouth full of sweet and sour fragrance, as if to bite happiness and reunion in the mouth, not to mention how satisfied.

However, now when people eat hawthorn, they have one more question. Some people are afraid of hawthorn [hurting the stomach] and others are worried about [food restriction].

So, is hawthorn a good thing? Are these worries necessary? Dr. Clove will tell you about hawthorn.

The Reunion Fruit with a Long History

Hawthorn, which was called (Yin Tong [Qiu]) in ancient times, has been mentioned in the history of our country for more than 2,000 years and has been mentioned in ancient books such as < < Er Ya Shi Mu > > < < Shan Hai Jing > >. However, eating as food was something after the Song Dynasty. The book < < Guang Yun > > of the Northern Song Dynasty said:

Trees are like plums, such as red fingers, and edible like small spices (pronunciation: endurance, meaning plum).

Here, the characteristics of hawthorn are clearly stated. Like plum, the fruit is red and shaped like plum, which can be eaten.

Hawthorn is sweet and sour in taste and rich in nutrition. Hawthorn is rich in vitamin C, pectin, minerals (such as potassium and calcium), organic acids, flavonoids and other nutrients.

Among them, vitamin C is higher, although it is not as good as fresh jujube, but it is much higher than vitamin C content of lemon and citrus.

At the same time, hawthorn is rich in pectin, with a content of 3% ~ 6%, which can be called the “king of pectin” in fruits, helping gastrointestinal peristalsis and promoting defecation.

In addition, flavonoids rich in hawthorn can resist oxidation. Experiments show that they have certain effects on preventing aging and cardiovascular diseases.

We need to look at this problem separately.

Hawthorn is rich in organic acids, which can promote the secretion of digestive enzymes and play a role of [appetizing] [assisting digestion].

However, the effect is that for moderate consumption after meals, hawthorn cannot be eaten in large quantities on an empty stomach.

If you eat hawthorn on an empty stomach for a long time, tannic acid and organic acid in hawthorn can react with protein and the like to generate sediment, which may cause gastrolithiasis and abdominal pain.

In addition, many middle-aged and elderly friends have gastritis and gastric ulcer, so they should not eat hawthorn in large quantities. They should be especially cautious when eating and try one or two.

Many foods are compatible with hawthorn?

Rumor has it that there are quite a few foods that are compatible with hawthorn. A casual search is a pile, and the common ones are seafood, milk, etc.

A look at the reason, there are some [reasons]: tannic acid in hawthorn will combine with protein in seafood and milk, and even generate stomach stones, affecting gastrointestinal digestion, causing nausea, vomiting, abdominal pain, diarrhea and other discomfort.

However, a careful analysis shows that this reason is actually untenable.

The content of tannic acid in ripe hawthorn has decreased a lot. If we were not physically uncomfortable, eating a proper amount of ripe hawthorn generally did not need to worry about causing discomfort.

Hawthorn is delicious and needs a proper amount.

Dr. Clove has been stressing the importance of [moderate amount], as has hawthorn.

When we eat, we should eat mature hawthorn. For friends with normal stomach and intestines, it is better to eat no more than 10 hawthorn a day.

However, if the intestines and stomach are already bad and friends with stomach diseases, don’t be greedy and stop eating one or two.

However, there are many kinds of hawthorn products, such as hawthorn strips, hawthorn slices, cortex moutan, Sugar-Coated Berry, frosted hawthorn (also known as sugar stick seeds in the north), etc. In the process of processing, most of them add a large amount of sugar. Middle-aged and elderly friends, especially those with diabetes, should pay more attention and cannot eat more.