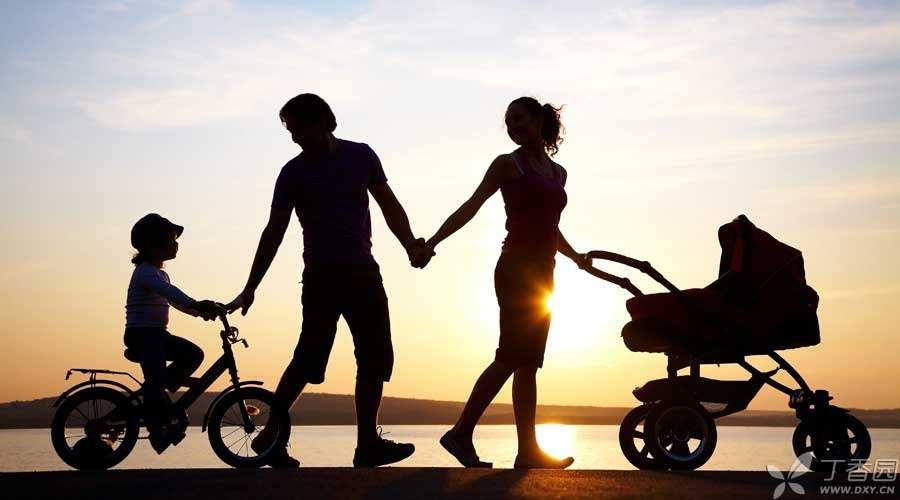 With the advent of the second child era, such quarrels will naturally resound again. Although the two biological children can be each other’s best playmates, it is almost impossible for them to have no bad blood.

On July 13, such a piece of news was revealed:

Six months ago, my parents gave birth to a second child and spent a lot of energy to take care of the baby. It is inevitable that I have neglected the eldest brother. From more than a month ago, my 10-year-old sister Xiaojin (pseudonym) began to suffer from various physical problems: headache, vomiting, unhappiness and listlessness.

At first, the family took the child to several hospitals. They thought that the child had encephalitis. They were extremely anxious and did not find any problems when they sought medical treatment everywhere. Until I took my child to Hangzhou’s Zhejiang Medical Second Hospital, after a series of examinations, I ruled out encephalitis. Finally, the doctor diagnosed Xiaojin as a “compatriot competition obstacle”.

The doctor said that Jin’s emotional disorder was related to his parents’ birth of Erbao six months ago.

With the birth of a younger brother or sister, a child may have the following manifestations:

Some degree of emotional disorder, most of which is mild; Competition and jealousy are more lasting and often imitate the behavior of babies to attract the attention of parents. Increase conflicts with parents; A bad mood of anxiety, pain or social withdrawal; Sleep disorders.

Ding Ma saw the above news and was also very curious. She went to check it out.

Since it is not [mental disorder] but more like [relationship problem], it is more necessary to relieve symptoms by means of counseling and consultation than by means of drugs or physical therapy.

Compatriots compete, and there are no trivial matters in the family.

It is perfectly normal for brothers and sisters to quarrel and compete with each other. This can almost be the only way for children to grow up-but on this road, parents may be driven crazy.

How can we make the family quarrel less? Our parents must seize the opportunity to know that what should let them solve the problem by themselves and what should intervene in the dispute and act as the referee.

To do this well, the first thing we need to do is to understand what children like to fight for.

Children always hope to get the attention of their parents.

The busier parents are usually, the stronger this desire is. The more children there are in the family, the less attention each child can get on average. When new younger brothers and sisters are born, it may be more difficult for older children to accept that they are no longer the focus of their parents’ attention.

Sometimes, children find that their parents will pay more attention to naughty/learning difficulties/sick/children who need extra care. If they feel neglected, they will [perform] the above needs-of course, Jin in the news is not [perform] a headache, she is a real headache, and it is the way the body expresses its emotions.

Most families do not have the ability to provide a complete set of material resources for each of their two children, such as exclusive toilets, sink, rooms, or toys.

For young babies, [sharing] their [property] may be even more unacceptable.

The children are really real little lawyers, busy all day seeking the fairness and equality they are born to deserve.

The feeling of being treated unfairly and jealousy among compatriots will bring resentment and anger.

What should parents do?

It is possible that the repeated screams of the two treasures in the family can drive you crazy, but hold back, unless at least one of them is in danger of being hurt, be responsible for not intervening and let them find a solution for themselves.

Children have lost the opportunity to learn to settle disputes. Even if your punishment is fair, the child will think you are partial to the other.

Hold on, wait, wait until it’s your turn to intervene. Here are some methods you can try.

Throw the two children into their own separate spaces and let them calm down first. Children forget things quickly. Maybe in less than five minutes, the younger brother will quarrel with the older brother to play together.

2. Teach your child how to negotiate and compromise

Show the children how you settled the dispute to the satisfaction of both children:

First of all, please don’t shout, Asking about what happened in what. Secondly, Give two children a chance, Let them tell each other what happened without interference. Listen, don’t judge. Then, Try to clarify the problem with the two children, For example: Dabao, it sounds like your brother has taken away your favorite game board (describing the event). You’re not happy (describe how you feel). Next, ask the two children to find a solution that will satisfy both of them. For example, if the dispute between the two children is over who can play games on the game board, you can suggest that you set a timetable so that both children can have their own fixed time to play games.

Set the same rules for the two children, which should at least include: no beating, no swearing, no destroying any of each other’s belongings.

Let the children participate and jointly stipulate that those who violate the rules will be punished by how: for example, if they hit people, the punishment is not to watch TV? Is it not allowed to watch TV all night or all week?

4. Let children own their own [property]

Sharing is a traditional virtue, but the concept of private property is also very important. Forced [sharing] is not a virtue, but an evil virtue.

Buy each of the two children something special for them, which will help resolve some frustration about why I have to play with you. Moreover, because each has its own unique things, active exchange and sharing may also occur.

Bring the whole family together every week to talk about any [family incident] that happened this week, so that each family member can get the chance to [voice grievances], and then let’s talk about how to resolve [grievances].

Don’t do these things!

Perhaps not every parent can do the above suggestions. It doesn’t matter. This is not the only one suitable for children.

However, the following things are really poisonous to children, don’t do it!

Even if one of the two children is always naughty and disobedient, and the other is as beautiful as a little angel, don’t perform [why are you so disobedient! Look at your sister, why don’t you learn from her] partiality.

This will only deepen the mutual hatred of children. Favoring children and being good to only one of them will only hurt the relationship between you and your children and will not have any incentive effect. Don’t do so.

No matter state or family affairs, there is really no absolute fairness.

For example, as children get older, they will naturally have more things to do than the younger ones. At this time, if parents restrict older children from going out and trying new things for the sake of [absolute fairness], it will only restrict their development and lay mines for the relationship between parents and children.

Treat each child as a unique one. Use your own method to make the child feel that he is watched and loved by his parents. Try to provide short-term high-quality company in a way that they are willing to accept.

Even without doing things that take so long, for children, 10-15 minutes of predictable high-quality company can bring psychological satisfaction.

The big bully the small, the small [counterplot] the big, such things should not be too common in non-one-child families.

However, if either of the big or small parties suffers physical or psychological injuries, parents must not sit idly by and allow their children to be bullied by their compatriots.

Therefore, parents must stop the harmful behavior and cannot raise their children with the idea of “the law of the jungle”, which is not good for the development of both children.