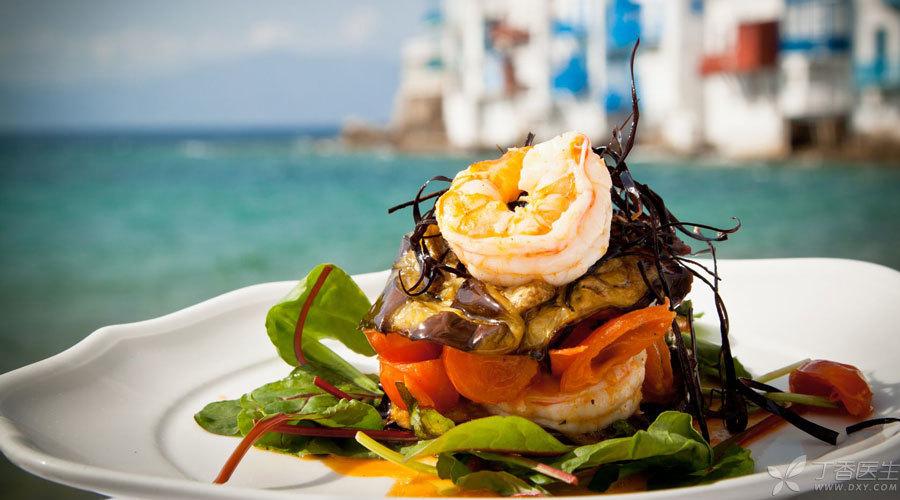 The Mediterranean Sea is a sea area located in Europe, Asia and Africa.

Stay away from the three highs, how to eat is very important.

With the improvement of material living standards, the incidence of chronic diseases such as heart disease, cancer, hypertension and diabetes is also getting higher and higher.

The formation of these diseases is chronic and long-term, and the control and treatment are also long-term, and diet and nutrition play an important role in them.

From [eating what] to [how to eat], more and more people realize that it is eating habits, not a specific food, that play a role in these diseases.

Mediterranean diet is a highly respected way of eating.

The Mediterranean diet is not a specific recipe

However, there are as many as a dozen countries in this Mediterranean region. There are also considerable differences in culture, ethnicity, religion, economy and other aspects among these countries and among different regions of the same country, making their eating habits different.

In other words, there is no single [Mediterranean diet] recipe.

Food is mainly based on plant foods, such as fruits, vegetables, whole grains, beans and nuts. Olive oil is used more for cooking oil instead of butter. When cooking, plant condiments and spices are used instead of salt. Limit the consumption of red meat, such as pork, beef and mutton, and eat it up to a few times a month. Eat fish and poultry at least twice a week, such as chickens, ducks, geese, etc. You can drink red wine in an appropriate amount. If you don’t have such habits and hobbies, then don’t drink it.

In addition, Mediterranean diet also emphasizes the importance of exercise and eating with family and friends.

Many large-scale epidemiological investigations have found that Mediterranean diet is indeed beneficial to health.

Analysis based on more than 1.5 million people shows that Mediterranean diet helps reduce the risk of death from heart diseases and cancer, as well as the incidence of Parkinson’s disease and Alzheimer’s disease.

Is there no defect in Mediterranean diet?

Most of the characteristics of the Mediterranean diet, It is consistent with the healthy diet recommended by modern nutrition. However, Is every trait healthy, There is still a lack of clear scientific evidence. The American Heart Association, for example, argues that the relatively high proportion of calories from fat in the Mediterranean diet-mainly unsaturated fat, does not increase the risk of heart disease, but the high calorie content of fat contributes to the increase in obesity rates in these countries. Obesity is also gaining attention in the Mediterranean region.

How to eat [Mediterranean diet] for Chinese?

Mediterranean diet is actually just some principles of healthy diet, not definite recipes.

When we want to implement it to promote health and reduce the risk of various chronic diseases, it is important to follow its ideas and principles without sticking to a specific food or diet.

For Chinese, efforts can be made from the following aspects:

Let these plant foods make up most of the diet. For food, try to eat fresh and lightly processed food and avoid deep processing.

2. Eat a moderate amount of nuts as snacks

Nuts and seeds such as melon seeds and sesame seeds can be used as snacks. They are rich in dietary fiber, protein and unsaturated fat. When choosing these foods, choose those that are simply processed and avoid salt and sugar.

Lard, butter, butter and cream are common sources of saturated fat. Olive oil is widely used in Mediterranean diet. This is too expensive for Chinese residents and the quality is difficult to guarantee. Vegetable oils with high monounsaturated fatty acids, such as double-low rapeseed oil, are economical and can replace olive oil for cooking. Tea seed oil, corn oil, sesame oil, sunflower seed oil and soybean oil are also available.

4. Minimize salt and sugar for flavoring

Other seasonings and spices can be used to improve the flavor of food, such as pepper, spice, pepper, chili, mushroom, tangerine peel, cinnamon…

6. Restrict the consumption of red meat

People who have no habit of drinking should not drink for [Mediterranean diet], People who have drinking habits control to [moderate]. For wine, This [moderate] means that adult women and men over 65 years old should not exceed 150 milliliters per day and young men should not exceed 300 milliliters per day. If the amount of alcohol consumed cannot be limited to the above range, or if there is a history of alcohol abuse in individuals and families, or if there is a heart or liver disease, then any alcoholic beverages, including wine, should be avoided.