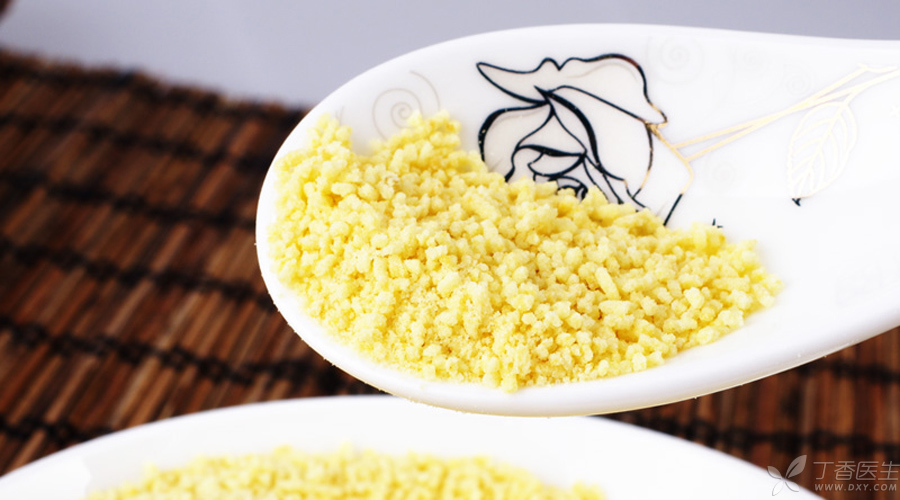 With the development of economy, more and more rich tastes have appeared on people’s dining tables.

In addition to the more food choices, we also get the enjoyment on the tip of the tongue from various seasonings.

However, when we enjoy the tip of the tongue feast brought by these seasonings, we sometimes covet [heavy taste] and ignore the health hazards they may bring to us.

Today, Dr. Clove will tell you about one of them, chicken essence.

Chicken essence is what?

To say chicken essence, one must first start with its predecessor, monosodium glutamate.

In 1908, Professor Ikeda Kikumiao of Japan discovered that glutamic acid has a special taste, which is different from the basic taste of acid, sweet, salty and bitter, so he named the taste of glutamic acid [delicate flavor]. He applied for a patent for sodium glutamate with good solubility and taste. In 1909, [flavor element], or monosodium glutamate, began to be produced in large quantities in Japan.

At present, the way of mass production of monosodium glutamate is bacterial fermentation, which is similar to wine making, vinegar making and yogurt making.

As the name implies, [chicken essence] is monosodium glutamate with chicken flavor. Listen to this name, chicken essence seems to be made of [chicken]. However, this is only a beautiful association triggered by the name.

In fact, in order to save costs, businesses use [chicken flavor] heated with glutamic acid and sugar, which are closest to the taste of [chicken]. In addition to this chicken flavor, chicken essence also contains starch, nucleotides, sugar, etc.

How much can chicken essence be used?

The main components of chicken essence and monosodium glutamate are called [sodium glutamate]. Judging from their names, they know that the sodium content is not much lower than salt.

So, what is the sodium content in chicken essence? 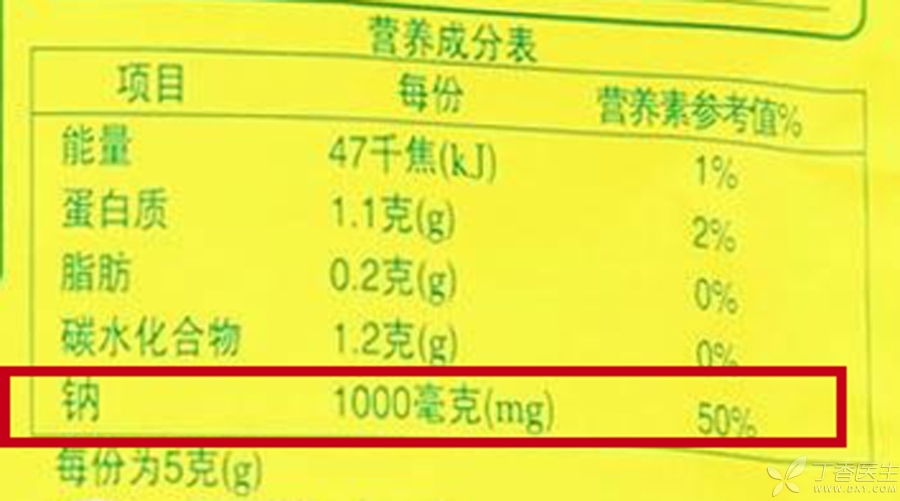 Every 5 grams of chicken essence contains 1,000 milligrams of sodium! This is almost the sodium intake of seasonings for a whole day.

So, how much is 5 grams of chicken essence? It is almost less than the amount of a beer bottle cap.

When cooking, if the chicken essence is added too much, the sodium intake exceeds the standard in minutes. For example, the family in this publicity poster, the pot of soup cooked by the three members of the family together, looks like a “heavy mouth system”.

If you drink like this, the sodium intake of all three people will even exceed it!

However, we still have to admit that the salty taste people taste depends on sodium ions, whether sodium ions come from salt, chicken essence or monosodium glutamate.

On the other hand, nucleotides and glutamate in chicken essence and monosodium glutamate have flavor enhancement effects, which will increase the salty taste perceived by people.

Therefore, when chicken essence or monosodium glutamate is used with salt to achieve the same salty taste, less sodium ions will be used than salt alone.

However, because chicken essence still contains sodium, it cannot be eaten more.

Besides chicken essence, these seasonings should also be careful.

In addition to monosodium glutamate and chicken essence, many seasonings, such as soy sauce, sauce and chili sauce, contain a large amount of sodium.

Therefore, if we don’t want the sodium intake to exceed the standard, besides chicken essence, we should eat less salty and fresh seasonings with various flavors.

Why is it not good to eat more sodium/salt?

If we convert healthy adults’ daily intake of 1,200 milligrams of sodium through seasonings, it is almost 3 grams of salt. Considering the taste demand, the Chinese Nutrition Society recommends that healthy adults should not consume more than 6 grams of salt per day.

However, the World Health Organization (WHO) has a lower salt intake standard. It is recommended that healthy adults should control their daily salt intake within 5g.

Because we eat salt, we will eat a lot of sodium, and too much sodium will harm people’s health.

There are four crimes of eating sodium/salt too much:

Many studies have confirmed that salt intake is related to blood pressure. Elevated blood pressure is the main cause of cardiovascular and cerebrovascular diseases.

Long-term high-salt diet will increase the risk of hypertension, which in turn will make people more vulnerable to cardiovascular and cerebrovascular diseases such as stroke and coronary heart disease.

Kidney is an important metabolic organ of human body. Many metabolic wastes of human body pass through kidney and are finally discharged out of the body in the form of urine.

The sodium and chlorine in salt are also excreted out of the body through urine through the kidney.

Therefore, intake of salt exceeding the body’s needs will increase the burden on the kidney. The higher the salt diet, the heavier the kidney burden, the greater the possibility of kidney damage, and the higher the risk of kidney disease for people with heavy taste.

It has long been found that people who eat high salt for a long time are more likely to suffer from diseases such as osteoporosis and kidney stones.

If you eat too much salt at ordinary times, the calcium level in urine will increase. In the long run, it may lead to bone thinning and osteoporosis, and also increase the risk of fracture.

However, the increase of calcium ions in urine will also increase the risk of kidney stones.

As early as the 1990s, European researchers noticed the relationship between high-salt diet and high incidence of gastric cancer.

Researchers studied a group of adults and found that people who eat high salt for a long time have higher incidence and mortality of gastric cancer. In addition, several studies in Japan, London and other countries have confirmed that too much salt increases the risk of gastric cancer. 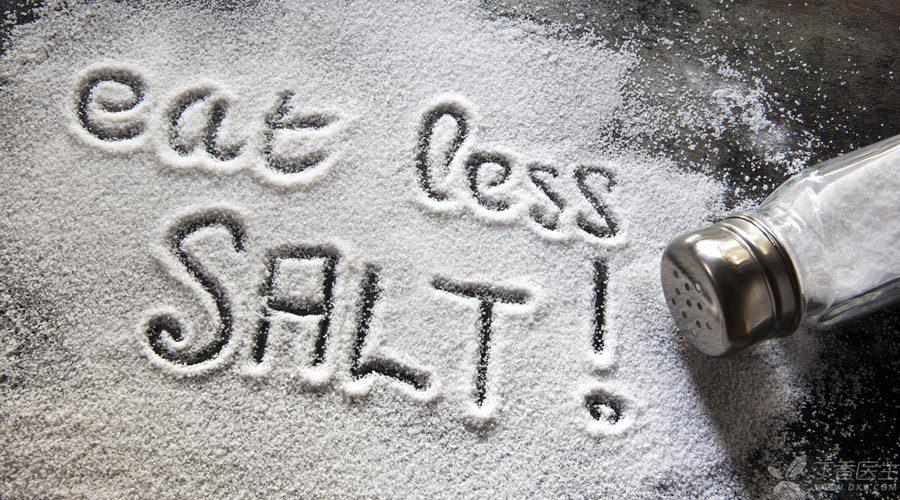 How can I eat less salt?

Some people may be worried:

Eating too much salt is so harmful, how should I control salt at ordinary times?

Cooking depends entirely on hand feeling. How do I know how much salt I put in?

The common 2-gram salt-limited spoon is no more than 2 grams of salt (one spoon refers to one spoon evenly scooped, and the part higher than the salt spoon should be removed). A family of three uses up to 3 spoons of salt for a meal, which is very intuitive. When adding salt, it is no longer necessary to feel it. It is really accurate in quantity and knows fairly well.

In addition to the 2-gram salt-limited spoon, there are also 1-gram, 3-gram and 6-gram products on the market, which you can choose according to your cooking habits.

2. Use low sodium salt instead of common salt

For the salt-free [heavy taste] party, there is also an artifact that allows you to have both health and taste: low sodium salt.

Low sodium salt is to replace part of sodium element (usually 30% ~ 40%) in common salt with potassium element, which has great health benefits:

First of all, such replacement reduces people’s sodium intake and can avoid the health risks mentioned above. Secondly, replacing sodium with potassium increases people’s potassium intake, which is beneficial to cardiovascular health.

However, when we use low sodium salt, we should remind everyone of several points:

These people should not eat low sodium salt: hyperkalemia patients, renal failure patients and patients who are supplementing potassium; Low sodium salt has a little bitter taste and may take some time to get used to it. Low sodium salt is at least 30% more expensive than ordinary refined salt. There is also sodium in low sodium salt, so we must not let it go.

3. Reasonable use of natural spices

It is suggested to use natural spices, such as garlic and coriander, to improve the flavor of dishes and reduce the use of seasonings such as salt, monosodium glutamate, chicken essence and soy sauce.

4. Calculate the amount of salt consumed by each person in the family every day so as to know fairly well about salt control.

5. When eating out, choose dishes with light taste, or ask the restaurant to put less salt.

When we eat in restaurants outside, we can choose lighter dishes, such as various cold dishes and blanched dishes, and avoid heavy oil and salt dishes such as braised in soy sauce, braised in yellow and dried pots.

At the same time, you can also let the waiter indicate when ordering the dish that you should put less salt and monosodium glutamate in the dish.

Many processed foods, such as potato chips, preserved fruits, biscuits and cakes, are added with salt. We should be careful that these [invisible salts] unconsciously endanger our bodies.

Want to know more about [invisible salt]? Click: [Invisible Salt] on the Tip of the Tongue